“Screening at the United Nations in NYC”

This webinar, which is Part I of a three-part film series, will address the United Nations Special Rapporteur’s first report on the legacy of colonial crimes, with special reference to the new BBC documentary on the impact of the French colonial invasion of Niger, African Apocalypse.

The webinar will feature panelists from U.S., Europe and Africa with clips from the film. All registered attendees will receive a link to the full documentary film 24 hours prior to the event and are encouraged to watch it before attending.

Ann Laura Stoler, Willy Brandt Distinguished University Professor of Anthropology and Historical Studies, and Director of the Institute for Critical Social Inquiry (ICSI) at The New School for Social Research.

Sean Jacobs, Associate Professor of International Affairs, Julien J. Studley Graduate Program in International Affairs, The New School. He is founder and editor of Africa is a Country, a site of criticism, analysis and new writing. His book, Media in Postapartheid South Africa: Postcolonial Politics in the Age of Globalization, was published on May Day 2019. 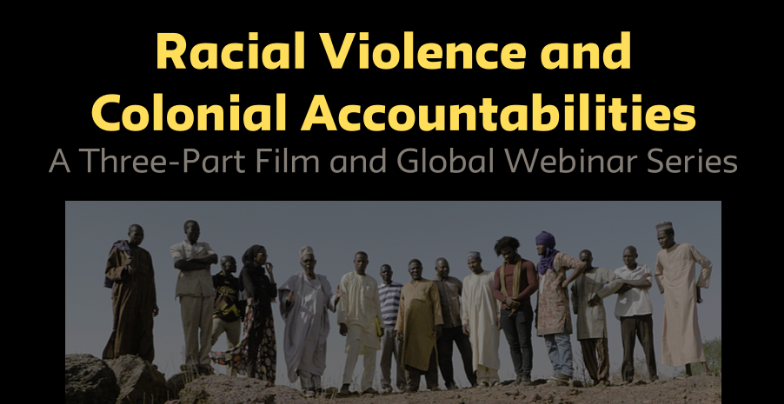 Fabian Salvioli (UN Special Rapporteur) is a human rights lawyer and professor. He has lectured in many countries and universities across the Americas, Europe, Africa and Asia. Mr. Salvioli has authored several books and articles on international human rights law. He was member of the United Nations Human Rights Committee between 2009 and 2016, and its President between 2015 and 2016. Mr. Salvioli served twice as member and three times as president of Ad-Hoc Arbitration Courts on Monetary Reparations, within the Friendly Settlement Mechanism of the Inter-American Commission on Human Rights. In May 2018, he was appointed as UN Special Rapporteur on the promotion of truth, justice, reparation and guarantees of non-recurrence.

Felwine Sarr is a humanist, philosopher, economist, and musician and the Anne-Marie Bryan Chair in French and Francophone Studies at Duke University. He is the author of Afrotopia (University of Minnessota Press, 2019, tr. by Drew S. Burk). Well-known for his groundbreaking report “The Restitution of African Cultural Heritage: Toward a New Relational Ethics,” Sarr taught at the University of Gaston-Berger in Saint Louis, Senegal, where he was previously Dean of its Economics and Management Department. His research focuses on economic policies, the development economy, econometrics, epistemology, and the history of religious ideas.. In 2016, he co-created with Achille Mbembe the annual Dakar and Saint Louis workshops, Ateliers de la Pensée, which sought to stimulate a “non-colonial” school of thought. Sarr also co-founded with Achille Mbembe the Ateliers de la Pensée’s doctoral school. He was named in TIME magazine’s 100 Most Influential People of 2021.

Ousseina D. Alidou is Professor in the Department of African, Middle Eastern and South Asian Languages and Literatures and Comparative Literature at Rutgers University, New Brunswick. She is the Director of Rutgers Center for Women’s Global Leadership. Professor Alidou is a theoretical linguist and cultural critic whose research focuses on women’s agency in African Muslim societies in the Sahel and East Africa (Kenya); gendered discourses of citizenship and rights; gender, education, politics and leadership. She is the author of Engaging Modernity: Muslim Women and the Politics of Agency in Postcolonial Niger (Madison: University of Wisconsin Press, 2005, a runner-up Aidoo-Schneider Book Prize of Women’s Caucus of the Association of African Studies) and Muslim Women in Postcolonial Kenya: Leadership, Representation, Political and Social Change (Madison: University of Wisconsin Press, 2013).

Rob Lemkin is an Emmy/Sundance award-winning documentary film director. He directed and co-wrote African Apocalypse. His many previous films include Enemies of the People, a ground-breaking documentary about the killing fields of Cambodia that was used extensively at the UN-backed trial of the Khmer Rouge.

Femi Nylander is a poet, activist and co-writer/presenter of African Apocalypse.

Amina Weira is director of the acclaimed film about the Nigerien uranium industry, La Colère dan le vent. She is a featured contributor in African Apocalypse.

Ibro Abdou is a professor of Economics and founder of Institut de Stratégie, d’évaluation et de prospective at Niamey, Niger. He submitted evidence to the UN Special Rapporteur’s report on the legacy of colonial crimes.

Hosseini Tahirou Amadou is a secondary school teacher of History formerly at the CES Dioundiou now at Tibiri, Niger. He is a contributor in African Apocalypse. He submitted evidence to the UN Special Rapporteur’s report on the legacy of colonial crimes.

This event is Part I of a three-part film series, Racial Violence and Colonial Accountabilities. Upcoming events include Meeting the Man: James Baldwin in Paris (February 4, 2022) and Rediscovering Fanon (April 5, 2022). Details will be announced soon.

Registered attendees will receive the Zoom link via email.

Presented by the Anthropology Department at The New School for Social Research in cooperation with African Apocalypse Director Rob Lemkin. 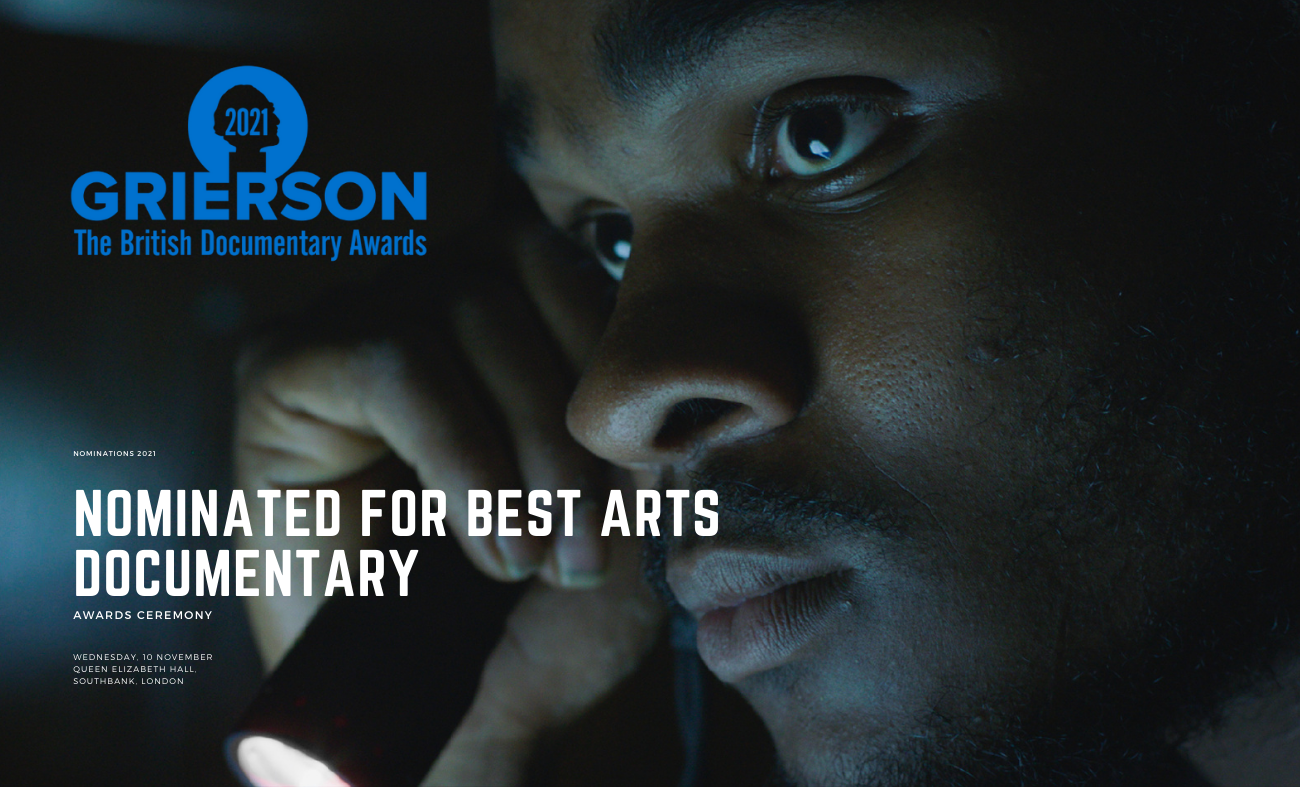 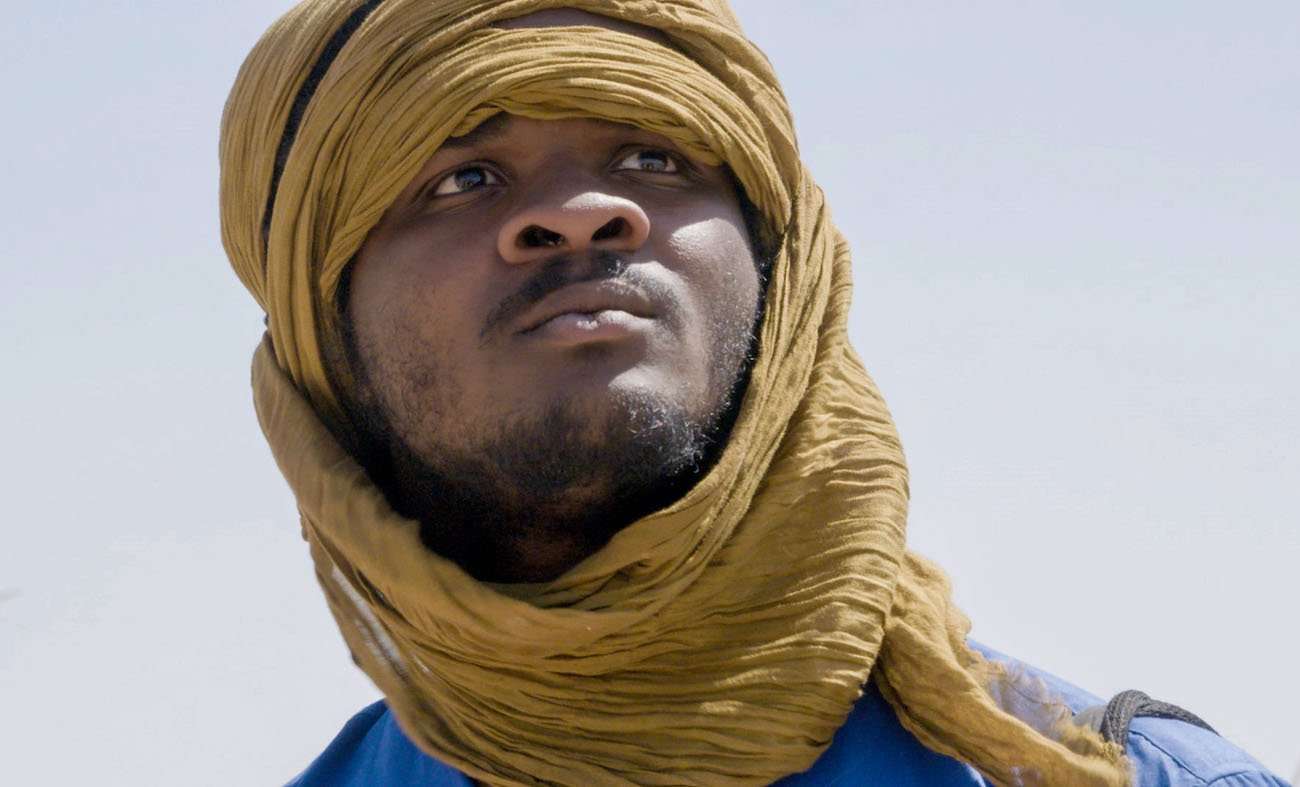 A new article in the Evening Standard written by Femi Nylander