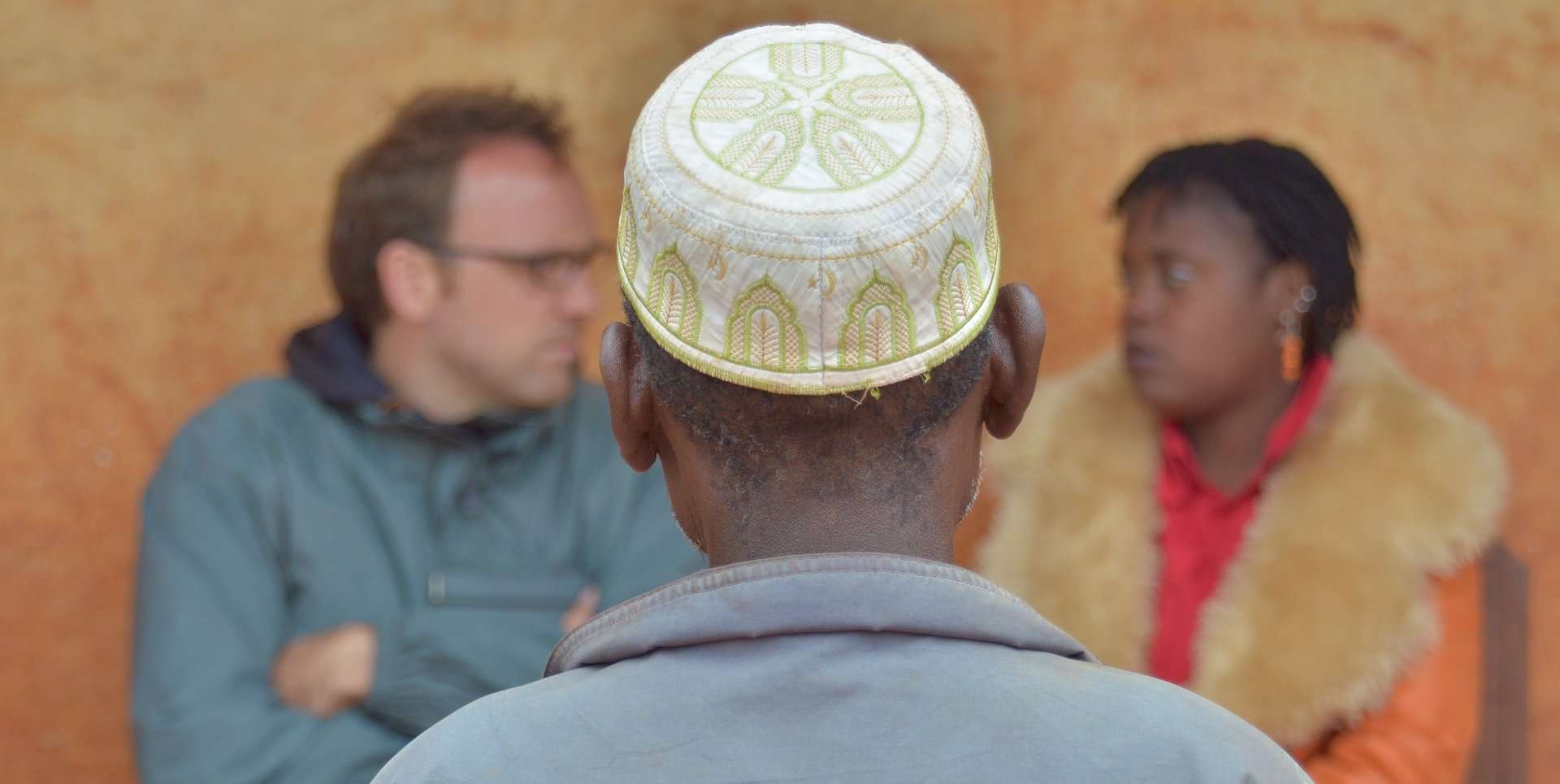 “A powerful short documentary about how supposedly well-meaning Dutch and Swedish investments can result in land grabbing and human rights abuses in one small community in Mozambique.”

“Seeds of Discontent” was selected for the 10th edition of Festival delle Terre – International Audiovisual Award of Biodiversity that will take place in Rome from 7th to 10th May 2013.

In the northern province of Niassa, Mozambique, one company, Chikweti, set up with investments by Swedish and Norwegian churches and the Dutch pension fund, ABP is establishing large tree plantations. Chikweti not only promised their investors a large financial return, but also claimed it would deliver jobs, environmental protection and community development to the region. It seemed a win-win for everyone.

This documentary follows the story of one of the plantation workers, Amado. He wants to improve the conditions of his fellow workers in the Chikweti plantation of Licole, Mozambique. He’s frightened and often intimidated in pursuit o f this goal, while facing an apathetic union, a hardnosed manager, and a group of elders determined to halt his actions.

But will Amado achieve the support he needs from his fellow workers and local peasant farmers while facing up to the company management?

“Seeds of Discontent” was commissioned by Transnational Institute and FIAN International as part of their work in the Hands off the Land Alliance. It is based on research initially done by the Mozambican National Peasants’ Organization, UNAC (União Nacional de Camponeses)

Background on Niassa and Mozambique can be found in the report: ‘The Human Rights Impacts of Tree Plantations in Niassa Province, Mozambique’ and more on the Global Land Grab in this primer

The strength of Seeds of Discontent is that it shows what land grabbing means to the affected communities, and how difficult it is for them to resist. Cases like this one are happening every day, all over the globe. Communities are confronted with investors who arrive and promise a lot to them: jobs, “development”, money, a bright future.

And the investors have a lot of money and are usually supported by the authorities. What should communities do in this situation? Give away their lands to investors? Or at least some land? Can they refuse anyway? What happens if they don’t agree? And what happens if the investors then take more and the promises turn out to be empty?

The people of Licole were confronted with all these questions. Some community members at first thought that this was a good opportunity and that they should give away some of their land. Others refused. Then it turned out that the company had also taken lands that had not been ceded. The schools, roads, churches and hospitals that had been promised were never built. Some people got a job, but the pay was bad and they were fired after a while.

The company claimed that it had consulted everybody, but people said that they had only discussed with the chiefs; and there were no records from the consultations.

Then people started to complain and resist. But some community members now actually had a job and didn’t want to lose it, even if it was not well paid. There were new conflicts inside the community and people had to decide what to do, while the company planted ever more trees.

The film shows all this. And it therefore shows very well how complex land conflicts are. In some cases, land conflicts are straightforward theft of land, with people being evicted by force. But very often things are more complicated. And it is more difficult for people to get heard and listened to by investors.

These conflicts are a dynamic process: in the beginning, people might be lured by the promises of investors, or simply be overwhelmed by the situation – we shouldn’t forget that the power relation is not balanced. But then they see what is really happening and they start to complain and resist.

Looking at one community helps us to understand what land grabbing really is about. Listening to the people of Licole takes us away from the academic discussions of whether this kind of investment projects brings “development” or not. It reminds us of the fact that what is really at stake is the right of people to decide how to use their resources and how to live a life in dignity.

And finally – and most importantly – Seeds of Discontent shows that people are organizing in order to resist to the land grabbers and to fight for their rights.

On the banks of the Ruvuma River, surrounded by the beautiful landscape of Northern Mozambique, lies the picturesque province of Niassa.

Two thousand kilometers from the country’s capital is a region that attracts honeymooners, adventure tourists, and conservation specialists from all over the world. Expedition guides come to work here every day, marveling at the nature, while nearby the locals go about their daily lives.

In the midst of a province exploding with biodiversity, I was intrigued to be spending the next two weeks filming in a small village 20km from the provincial capital, Lichinga.

After a week of talks with the regional peasant movement (UPCN), the cameraman and I set off to meet members of a small village, who were resisting a company operating in the region.

After only a few days I met Amado, a local farmer who had changed paths and come to work for Chikweti. His wife and kids were still living on their small farm while Amado moved to town seeking work on the plantation.

One afternoon he offered the cameraman and I an opportunity to travel with him back to his farm just “20 minutes away”. Four hours, two broken down vehicles, and one puncture later, we arrived where Amado and five families were living. Needless to say Amado thought nothing of the journey, as it’s a regular weekly trip for him.

The beautiful and uncommon intimacy of the footage provided a powerful palette for the film, but at the same time it imparted a clear responsibility on behalf of the crew. Every evening I would sit down with the chief and dozens of community members to watch the footage shot that day. Often in the pitch black, this sometimes went into the early hours. Yet ultimately, the immediacy of the footage insisted that I always sought out the truth beyond mere observation.

We filmed the residents in their homes, with their families, and out in the fields to see what happens; how they were organising, who they respected, what opportunities presented themselves or not. In just a few weeks we witnessed the dangers and disappointments, recorded the role of authority (both traditional and state) and saw how their experience of one forestry company affected their attitudes, their hopes and dreams. 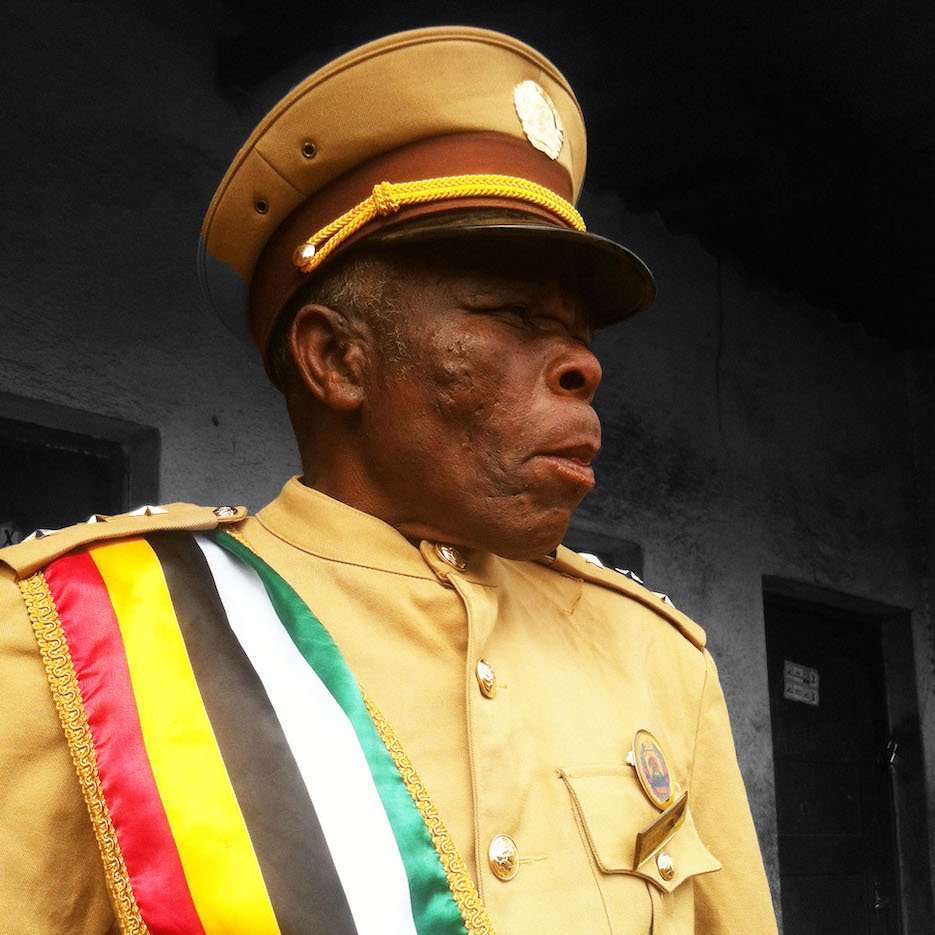 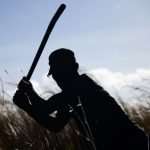 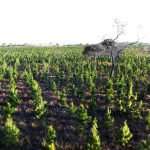 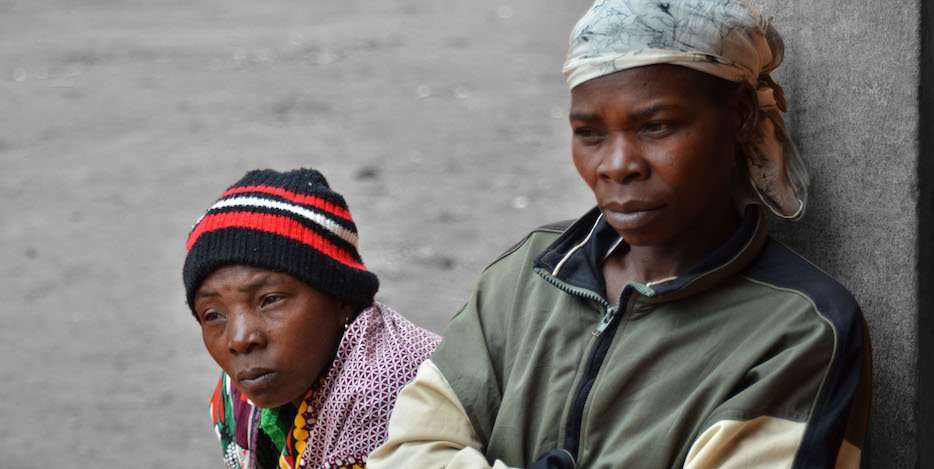